GODDESS OF VICTORY: NIKKE is a tactical shooting game that takes place in a science-fiction universe with quality anime graphics. In this game, you will have to...[Read More]

Saint Seiya: Legend of Justice is an idle gacha RPG based on the famous Saint Seiya manga. Build your team with the best Knights of the Zodi...[Read More]

One Piece Bounty Rush is a PvP oriented game where characters from the famous series imagined by Eiichirō Oda compete in an arena.[Read More] 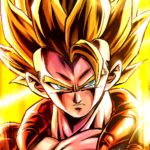 Pokémon UNITE is the first MOBA in the Pokémon universe. Instead of battling other trainers as in other titles in the licence, you can play against other trainers.[Read More]

Join the manga universe of Honkai Impact 3rd and take part in a war between humanity and invaders from elsewhere. Stunning graphics and a...[Read More]

Do you dream of beautiful stories full of fantasy? Then dive into the strategy RPG Alchemy Stars and discover a fascinating world full of exciting and...[Read More]

Discover or rediscover the thrilling adventure of the seven most influential knights of the kingdom! Accused of treason, exiled and persecuted, the "Seven Knights of the...[Read More]

Dive into the fantastic world of the Princess Connect anime! Re: Dive and begin your epic journey into the world of Astrea. With no memory of your past...[Read More]

Immerse yourself in the spellbinding story of this gacha RPG! Discover the mysterious place called the Library where heroes and heroines from fairy tales and ...[Read More] 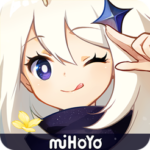 Enter the adventure of Genshin Impact and discover the fantastic open world of Teyvat, a continent blessed by 7 elemental gods. Its lands are...[Read More]

What is a manga?

Strictly speaking, manga is a Japanese comic book. Often in black and white, the comic is read from right to left (this is the original meaning). The word "manga" is, by extension, used to designate other products of Japanese culture reminiscent of the manga graphics of the famous comic strip. The manga style can be found in many anime and video games (PC, consoles and of course, mobile manga games).

The world of manga mobile games

Manga video games are often adapted from anime, which in turn are adaptations of comic books. But this is not always the case and the reverse is also possible. The good thing about the manga theme is that you can find several styles of mobile games. For example, among the games adapted from manga, you can find multiplayer games, RPGs and strategy games. One game that is very popular with many players is Summoners War. There are also games with a slightly different graphic style, as is the case with Arknights.

If you can't find what you're looking for in the Manga style video games, find all the Mobile Games categories and find your new hobby!