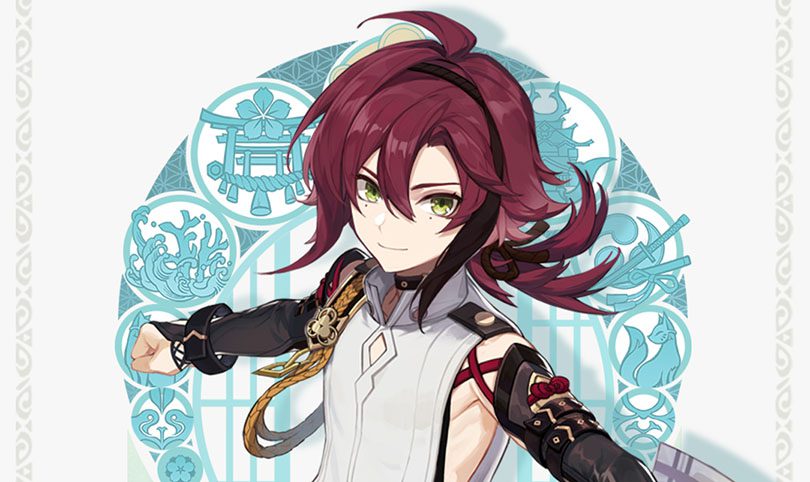 While the 2.7 update of Genshin Impact is still delayed, MiHoYo is already working on the 2.8 patch and reveals a new character: Shikanoin Heizou. It would be a 4 star anemo hero. If his design did not totally convince players at first, his gameplay is original to say the least. We tell you everything we know about Shikanoin Heizou.

What we know about Shikanoin Heizou, the new Anemo character from Genshin Impact

Shikanouin Heizou will probably be released in patch 2.8 of Genshin Impact. We can even hope that it will accompany Kazuha's banner, a rerun that is expected, to say the least.

MiHoYo has taken the lead on the possible leaks of the 2.8 update closed beta starting on Wednesday 18 May 2022 by introducing the character.

Shikanouin Heizou is a 4 star Anemo character. And surprisingly, he is the first male character to fight with a catalyst.

The gameplay of Shikanoin Heizou

Heizou may use a catalyst, but don't expect him to fight from a distance. On the contrary, the detective employs a singular fighting style. He shuns weapons to strike directly with his fists and feet. This makes for a particularly fluid and dynamic gameplay. His normal attacks will also inflict anemic damage.

With his elemental skill, Heizou will be able to deliver a powerful punch, which you can charge to do maximum Anemo damage.

His elemental rampage, on the other hand, takes the form of a devastating kick that creates a hurricane and causes area damage. If the skill hits an enemy affected by the Hydro, Pyro, Cryo or Electro element, they will receive additional area damage from that element. With its second constellation, the attack will attract nearby enemies.

Heizou will also be able to boost your team's elemental mastery by 80 points for 10 seconds (it doesn't work on him) when his elemental attack hits an enemy with the Penetrative Reasoning passive.

However, as Heizou is still in the beta phase, his skills and constellations are likely to be modified. All information about him should be taken with caution.

Are you interested in Shikanoin Heizou and want to prepare for its arrival so that you can quickly raise it to level 80+?

Here are the resources you will need:

And to build Keizou's skills, you will need the following materials:

That's all we know about Heizou, the new Anemo character from Genshin Impact. We're looking forward to testing him out and bringing you a full guide. The hero promises to inflict some nice damage with his elemental skills, but also with his normal attacks.

Hazulia
Passionate about fantasy and science-fiction, I am constantly exploring many worlds in my head, in my texts and of course in video games! These last few months, it's Genshin Impact that takes up part of my days... But I also enjoy card games, fighting games, management games, manga, series, movies, etc.

HoYoWiki: the official wiki of Genshin Impact
24 May 2022