On a free to play (F2P) system, it is one of the only ones that can be fully played without breaking your blue card, that's why I chose to make you a small test on Summoners War !

There is a shop (with high prices) but with patience, it is a game that does not require any purchase. You have access to a very large number of vents that will allow you to climb quite quickly and explore all the features of the game!

Summoners War is a pretty complete game, it has no less than 900 different monsters! You will have to think of strategies to make the best combo with your monsters. But there are also runes to make your monsters stronger and depending on the ones you decide to give them, they will not have the same function, moreover you can awaken your monster and its skills will be greatly improved but above all, it will have a new skin. Which I must admit is really classy on some monsters! :p

What is Summoners War?

A lot of things are waiting for you in Summoners War! It's a very complete game and I'll try to give you all the details!

First of all, you have the scenarios, a kind of dungeon with lots of zones. These zones can be passed under 3 levels of difficulty (very useful to farm the xp of your monsters).

Then you have the dungeons, which are used to drop runes (in general).

And lots of battles, such as an arena, a world boss, an ascension tower, a guild war and much more!

A great feature for some fights is that you can invite one of your friends to fight on your side (and yes, you can get PL!!!)

Now let's talk about the combat style, which is not quite like other strategy games currently available on mobile. In Summoners War, it's turn-based and the same style as... Pokémon ! Oh, is that it?! I finally got your attention?

It's a style I really like, and where you can see the animations of his monsters when you make him do a skill.

And that's not all! The "auto" function is a very useful feature in combat. Yes, it helps you to farm! And on top of that, you can choose the speed of the animations (x1, x2 or x3). 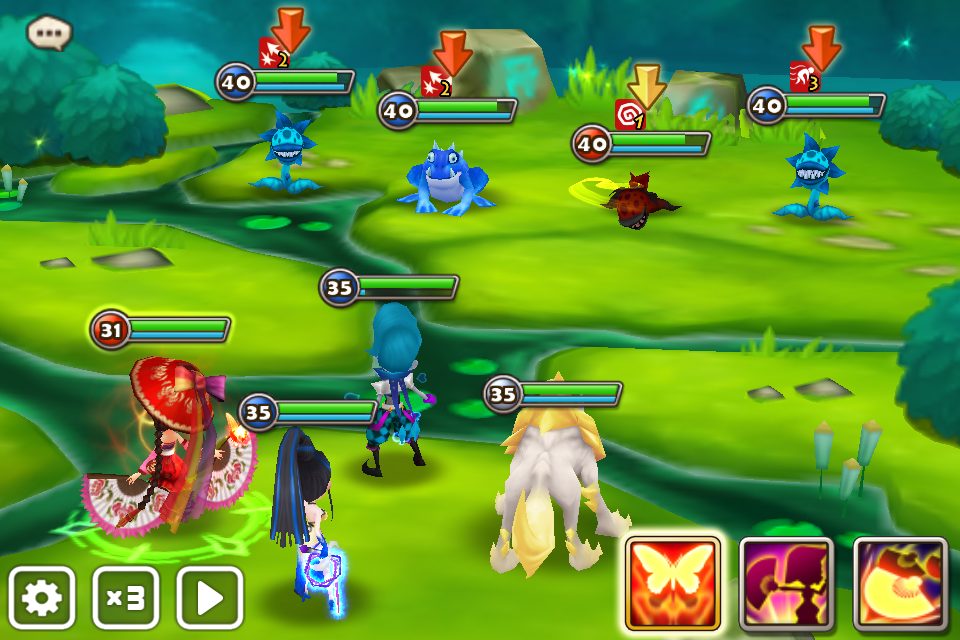 I was very pleasantly surprised by the visual aspect of the monsters in Summoners War. A manga style that did not escape my attention. However, the only graphical aspect that scared me I admit when I started the game was the grass in the village (the island where you have all your buildings). But the rest more than makes up for it. 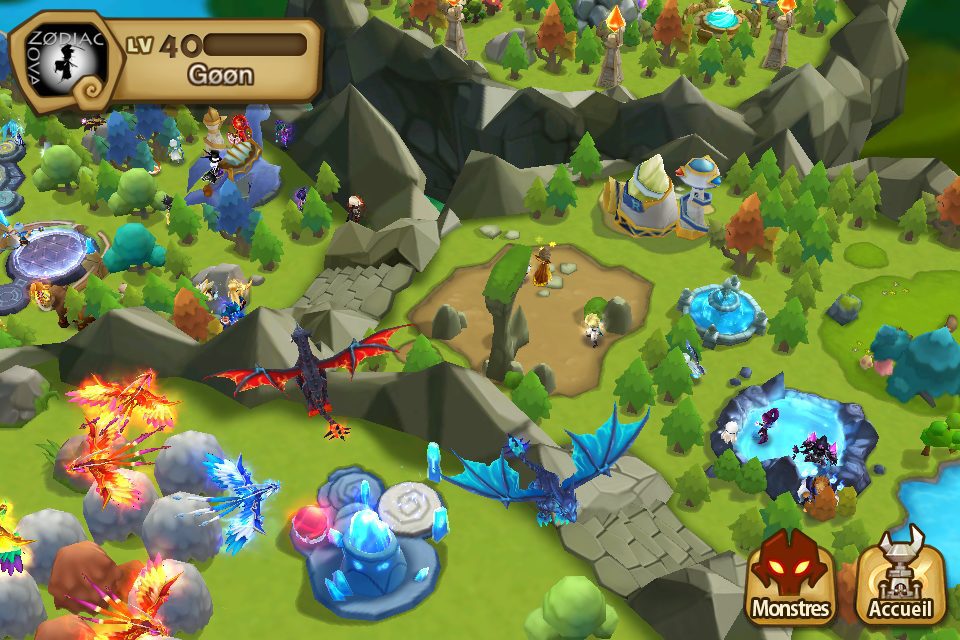 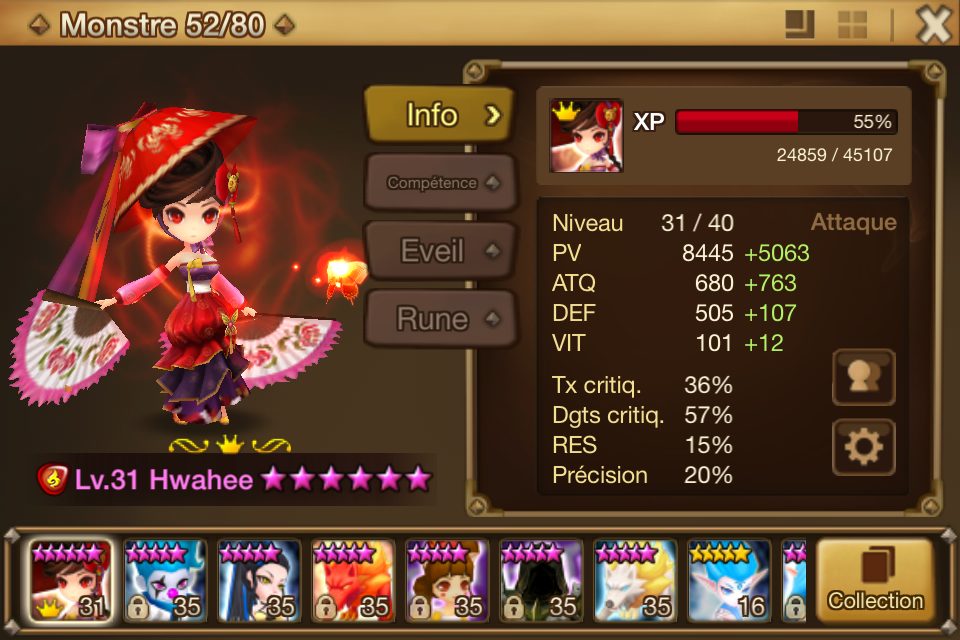 My general opinion on this test of Summoners War

For my part, it is a game to try without hesitation if you like the manga style (in terms of visual aspect), if you like strategy games and finally if you liked Pokémon in your childhood! (Or even still)

However, I won't hide the fact that this is a game that takes time and is very addictive. So if you don't have the patience of a farmer at heart, this game may not appeal to you.

How do I get started on Summoners War?

You're probably wondering how best to get started on Summoners War with all these watches and all these features? Don't worry, it may seem complicated but with a few explanations, you'll be able to have fun from the start of your journey! I recommend you check out this guide on how to get started in Summoners War, which explains runes, monsters, the arena, fusions etc. A really complete guide that you can couple with SWDB to have all the basics to get into the adventure with your friends! 🙂