Badland is an arcade-adventure game with a very simplistic gameplay. However, its seemingly manageable appearance hides a rich gameplay and offers a rather fun difficulty. Badland offers a world rich in color and offers a depth to the game nice to play.
So-called independent games represent nowadays, in my opinion, a new windfall for gamers. Little nugget, I suggest you to discover it. 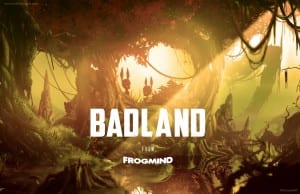 We play more or less, a strange plump bird who just tries to reach the other end of the level, so far nothing very impressive. It's even cute we say.
But that's where things change.
The game universe is immersive from the very first seconds, you get caught twisting the little beast to make it move forward.
With your finger you can give life to the little beast, short presses will usually be enough to get it through the levels.
However, the objective is made more difficult by a race against the clock. Indeed, you must not be outrun by the screen, otherwise death is imminent. The duality of the game is then found in a fast progression of the level while avoiding the multitude of traps (all more twisted each other) to progress.
You will have to apply yourself to calculate the best route and be as precise as possible in the execution of your movements.

Traps you'll see, and of all colors...
Dying from an explosion, from an impalement under a saw, or still under an avalanche of rubble will be your destiny.
However death is not very penalizing, in general you will have a respawn point after an obstacle or a few meters before it.
You will have understood that the game was made to show you some. The "die and retry" aspect of the game is very pronounced and gives a particular and immersive character to the game. In short, you always expect the worst. 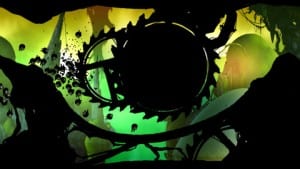 As I stated earlier the game seems in its very simplistic aspect. No need for 36 controls, a long press or short presses will be enough to make you flap your wings to go wherever you want (or get shredded, as you wish!).
Nothing revolutionary, you'll have to complete each level to progress in the adventure.

The game is interesting because of the bonuses you will have to collect. These are very varied. Some will make you fat, others will increase your speed (or reduce it). Others will shrink your creature to make it go through cramped places. But that's not the only surprise, another bonus will allow you to create a horde of clones that you can control simultaneously.
This cloning combined with other bonuses (such as the Sticky Ball) can both save your ass and drag you into a nameless carnage.

Here, the visual is an obvious plus. Very colorful, the game will accompany you towards a whimsical epic (poetic limit if you remove the many death traps).
Badland offers a melancholic, luminous but also glaucous atmosphere that will become more and more intense as the game progresses. With more than a hundred levels, the visual aspect will be an asset to bring you into this supernatural universe. In addition to the nice graphics, the soundtrack is pleasant to the ear, but not necessary to fully appreciate the game. 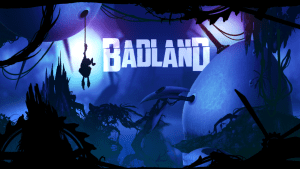 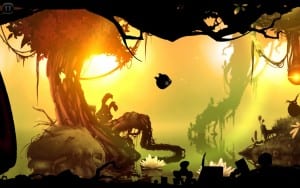 In addition to having a rather long and attractive solo, badland also offers a multiplayer.
Badland offers a co-op but also a duel mode that will offer you a confrontation.
A level creator is also available for our greatest pleasure. 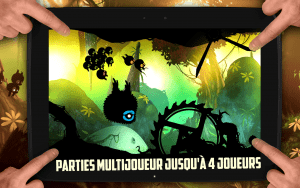 Badland is a great game. Its enigmatic atmosphere conquered me directly. If you want new gaming experiences, take it without hesitation! Moreover, the style of play really allows you to have fun for a long time, and hides deeper game mechanics than it seems.

Tuor
I like Espelette chilli pepper, and writing articles.