Catalyst Black is the new game from the creators of Vainglory. The title brings a breath of fresh air to team combat on mobile. Indeed, in this ...[Read More]

Mobile port of the eponymous licence, Rocket League Sideswipe manages to turn the tables on Android and iOS. The game from Psyonix offers a gameplay...[Read More]

Pokémon UNITE is the first MOBA in the Pokémon universe. Instead of battling other trainers as in other titles in the licence, you can play against other trainers.[Read More]

Mech Arena: Robot Showdown is a casual multiplayer shooter with fast and colourful 5v5 battles. Customize your mecha by choosing the right one for you.[Read More]

Alternate between first and third person shooters in this intense and immersive gameplay experience Apex Legends Mobile . Matches are played out in the...[Read More]

Create the perfect team and enter the arena! In Mobile Legends: Bang Bang, you fight in a 5v5 MOBA mode, in fast-paced games with a variety of ...[Read More]

Fight for your survival against 99 other players in this highly successful Battle Royale! PUBG Mobile offers the most intense multiplayer action ever.[Read More]

Call of Duty Mobile is one of the most famous Battle Royale games on phones! Play through iconic maps and multiplayer modes across the globe, including...[Read More]

LoL: Wild Rift is the official mobile version of the popular free-to-play MOBA League of Legends. A highly dynamic cooperative game, the objective is to...[Read More] 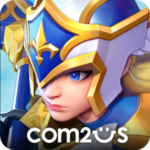 Summoners War: Lost Centuria is a real-time strategy game based on the famous mobile game Summoners War. You will have to collect all the...[Read More] 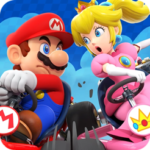 Bring the classic Mario Kart to your mobile! Take on opponents from all over the world in crazy multiplayer races! Whether you're a single player or...[Read More]

What is a competitive mobile game?

First of all, it is important to know that competitive mobile games are video games that are played on phone and whose success has attracted more and more players with each update. Indeed, the high popularity of these games and the multiplayer have contributed to the development of scenes esport. For a mobile game to become a competitive play with a official rankingIt is mandatory that it be multiplayer and that it offers a confrontation gameplay with a victory at stake. This makes sense. You should also know that there are games esport on Android or on iOS. Most of these games are available on both media to give all players a chance. Secondly, different genres can be found. For example, there are competitions and a dimension esport mobile on card gamess, the Mobile MOBAs, the Tower Defenses, the strategy gamess, the Battle Royaleetc.

Competitive mobile games: for whom?

This category of game can be aimed at players who like to play solo in 1v1 for example, as well as at players with a strong team spirit. If you like play as a team and take on the opposing team with your mates, then you will find a number of competitive mobile games that meet this condition. Of course, the mobile games which have a real scene esport, are mainly aimed at players who like the competitionIt goes without saying. Indeed, most of the games are very dynamic, so you will have to be reactive and enduring. A good state of mind and a fair play are required, as in any competitive play. But that doesn't stop you from winning ;) If this list of games has not convinced you or if you think you don't have the profile, go to all types of mobile games to help you in your choice! You wish to participate in a mobile gaming tournament ? Visit our page dedicated to tournaments for a chance to win prizes!