Dive into this wide open world fantasy MMORPG and discover the history and lore of Forsaken World: Gods and Demons. Explore the land in ...[Read More] 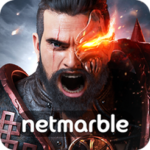 In A3: STILL ALIVE and its world, Mimethys, the future is in peril. The sacred goddess has disappeared and you, Apostle of Inith, must prevent the coming of the die...[Read More]

Tales of Wind is a vast and deep MMORPG that takes you to the city of Laplace, whose divine aura is tarnished by the appearance of darkness.[Read More]

What exactly is a mobile MMORPG?

MMORPG stands for Massively Multiplayer Online Role-Playing Game. It is a massively multiplayer online role-playing game. This type of mobile game combines RPGs (single-player role-playing games) with online multiplayer. The aim is to develop your character (often customisable) through quests, group PvE battles (against the AI) or PvP (against other players). Your avatar gains experience (XP) during your adventure and levels up. Thus, he becomes stronger and can go on to challenge tougher enemies. The story is an integral part of the game, where magic, sorcery and imaginary creatures come together. Moreover, often in open world, the universes are fantastic and very rich in adventure.

The particularity of mobile MMORPGs is that they are very addictive. Often, the world is so rich and the number of things to do is so great that you could spend hours and hours in it. As a proof, there is never an end to the game itself. The game is alive and each player evolves in real time in a persistent universe.

Why play a mobile MMORPG?

The special feature of MMORPGs is the multiplayer aspect and the fact of exchanging with other players. It makes no sense to play a multiplayer online role-playing game on your own. The goal of this style of game is of course to unite in guilds, to form groups, alliances, to be stronger together. Team strategy is at the heart of MMORPGs.

If you like immersive games in which you play as a character that you have to equip, optimize, give talents, skills, farm compositions to make crafts, etc., then these games are for you!

There are many free-to-play MMORPGs on mobile, so if you are not familiar with this type of game at all, there is nothing to stop you from trying some out to get an idea.

So, do you like mobile MMORPGs ? If not, take a look at all the mobile game categories to discover other game styles!