Merge Dragon may seem a little repetitive with the sequence of levels. But fortunately, to spice up the experience, we occasionally come across a challenge level !
These challenges have three levels of difficulty and are more complicated. The objective: to fight with the stopwatch while making precise combinations to achieve the secondary objectives. The key to all these efforts are specialrewards and Dragons, to help you on your base camp.
The 22 Merge Dragons challenge is particularly long. There's a lot of merging to be done on Dead Earth. It will test your dexterity and endurance . But by following this guide, you're guaranteed to succeed in all challenges at this level!

The stages of the 22 Merge Dragons Challenge

A good way to blow and remember the location of the different items is to open the shop during the challenge level. You also need to make long item moves. Click on the item you want to move, move the map and press the empty slot to drop the item in the desired location.

There you go! We hope that this 22 Merge Dragons Challenge Guide will help you to pass the 3 levels of difficulty of the challenge !
If you have any problems with other levels, don't hesitate to consult the list of all our guides on Merge Dragons! to get as many dragons as possible and to advance in the game !

Tipsalewo
A clever cocktail of mobile gaming,esport and K-PoP. Not tryhard enough to become a pro gamer, I'm passionately content to be the minstrel who tells the tale. 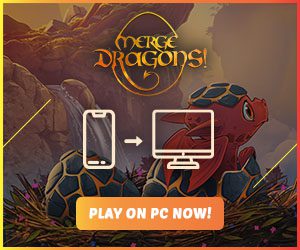